This DOE report is an Operating Experience Level 3 document which is intended to inform senior headquarters and field management about an event involves health and safety issues important enough to warrant their attention and possible action. In this case, there were 3 separate incidents where equipment struck overhead lines. No one was injured, but the potential for fatal consequences was the impetus for issuing this two-page report that summarizes the incidents and draws lessons learned.
February 2016

During a two-week period in Summer 2015, three events were reported to the Occurrence Reporting and Processing System (ORPS) that represented potential harm to workers when equipment hit overhead lines. Overhead dangers can be minimized by adequate work planning and the preventive actions discussed below.

On June 25, 2015, at Argonne National Laboratory-East (ANLE), while a driver was offloading soil from a project excavation into a lime sludge ravine, the front of the raised truck bed contacted the neutral and phase A of a 4160-volt AC overhead power system, resulting in arc damage to the truck’s access ladder and tarp draw cable, and the overhead power conductors. The driver lowered the bed, releasing contact with the conductors, which remained intact overhead. (ORPS Report SC--ASO-ANLE-ANLEFMS-2015-0007)

On June 22, 2015, also at ANLE, an excavator at a construction site traveled under a nonenergized, inactive telephone communication cable, snagging it and causing the nearest utility pole -- to which the cable was attached – to break. (ORPS Report SC--ASO-ANLE-ANLEFMS-2015-0006)

On June 16, 2015, at Los Alamos National Laboratory (LANL) Technical Area 5, the bed of a tandem dump truck contacted an energized 13.2 kV overhead power line while work was being done to repair a deteriorated road. The truck bed brought down three phases of the circuit, but the driver stayed in the cab until the condition was mitigated. (ORPS Report NA--LASO-LANL-PHYSTECH- 2015-0004)

In the June 25, ANLE event, the scope had changed without work being stopped. In the three weeks before the event, more than 300 loads had been brought to and dumped in the planned/approved location (sludge ravine). However, the morning of the event, two loads were redirected to be off-loaded on the bumpy access road in order to smooth the road. This change in work scope should have resulted in work to be stopped and re-evaluated for hazards. The new hazard was energized overhead lines that presented an electrocution danger. After the truck bed contacted the power line, the driver remained in the truck cab, which was the correct response to avoid electrocution or injury. (See text box, If Your Equipment Contacts an Energized Line.) The Facilities Management and Services Manager called 911, and the site’s high voltage distribution crew responded and assessed the scene. All work was suspended and a fact-finding was held. The event was categorized as failure to implement the prescribed hazardous energy controls and use a spotter.

In the June 22, ANLE event, the excavator’s extended arm snagged a communication cable, exerting sufficient pressure to break the utility pole to which the cable was attached. The driver was fortunate that the line was not energized. The spotter assigned to the job was 70 feet away. At that distance, it may have been difficult for the spotter to communicate quickly and effectively with the excavator driver in time to avoid a mishap.

In the June 16, LANL event, during work to repair a deteriorated road, the extended bed of a dump truck contacted an energized 13.2 kV overhead power line. The driver immediately called the foreman and remained in the truck. The circuit recloser operated as designed, de-energizing the affected circuit. Utility linemen isolated the affected power lines and grounded them to render the area safe. The Facilities Operations Director Designee subsequently categorized the event as a failure to implement the prescribed hazardous energy controls. The Integrated Work Document (IWD) for the job was not properly implemented. The IWD specified that a spotter was required and that equipment was to be kept 10 feet away from overhead power lines. However, no one involved in planning or hazard analysis realized that the height of the power lines (20 feet, 7 inches) was the same as the height of a fully extended truck bed.

Title 10 Code of Federal Regulations (CFR) Part 851, DOE Worker Safety and Health Program, requires that work be planned in advance so that hazards can be mitigated or eliminated. It also specifies that workers have the responsibility to stop work when they notice dangers. 10 CFR Part 851 is the overarching regulation for DOE, and incorporates 29 CFR Part 1926, Safety and Health Regulations for Construction.

The two sites that filed the three ORPS reports cited in this OE-3 stopped work and held factfinding meetings to determine causes and corrective actions. Immediate actions included isolating and grounding the affected power lines to make them safe; pausing work activities; and implementing a safety stand-down until work controls and pre-job briefings could be reviewed and revised. Remember to implement the Occupational Safety and Health Administration requirement that work performed within10 feet of energized lines be carefully planned, that spotters be assigned, and, if necessary, that utility departments be contacted so that they can deenergize power lines.

These overhead line occurrences serve as reminders of the need for careful work planning and analysis of hazards - including those situated above the work – and the responsibility to stop work when scope or conditions change.

This OE-3 document requires no follow-up report or written response. 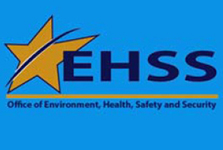 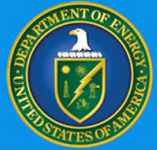