Section 4: Value Added and Spent in the Construction Industry

Construction produced 4.9% of the total Gross Domestic Product (GDP) in 2005, an increase from 4.6% in 2002 and 4.1% in 1997.1 An industry's contribution to GDP is measured by its value added, which is equal to its gross output minus its intermediate purchases (see Glossary) from other industries. Real value added is adjusted for deflation. Construction was the only private goods-producing industry (see Glossary) with a strong growth in 2005 (chart 4a), and the value added by construction totaled $611.1 billion (2005 dollars).

Value added by industry in GDP can also be measured as the sum of compensation of employees, taxes on production, imports less subsidies, and gross operating surplus. Compensation of employees is the sum of wages and salaries, employer contributions for employee pension and insurance funds and government social insurance. Gross operating surplus includes consumption of fixed capital, proprietors' income, corporate profits, and business current transfer payments (net). Although the value added by construction increased in recent years, wage-and-salary (as a proportion of the value added) decreased from 56% in 1998 to 52% in 2005, while the gross operating surplus grew gradually during the same period (chart 4b).

Subcontracting remains the largest expense category for payroll employers. On average, 27% of the dollar value of payroll establishments was subcontracted in 2002 (chart 4d). Labor payroll and benefits cost $314.3 billion, making up the second largest group of expenses. Payroll was $254.3 billion and fringe benefits were $60.0 billion. (The U.S. Census Bureau does not detail the components of the subcontracting category.) As some types of establishments subcontract a large share of their work, they produce a disproportionately high output compared with the number of their employees. For instance, nonresidential building construction (NAICS 2362), which had 11% of payroll employees, produced $259 billion, or 22% of the value of work from payroll establishments in 2002. Yet, 54% of the work produced by this sector (NAICS 2362) was subcontracted that year.

Some Census Bureau numbers for construction may differ from data produced in other reports by the Census Bureau or other government agencies because of varying scope, coverage, timing, classification, and methodology. For instance, the census publication series, Construction Spending, covers only new construction put in place without regard to who is performing the construction activity (see chart book pages 5 and 6). 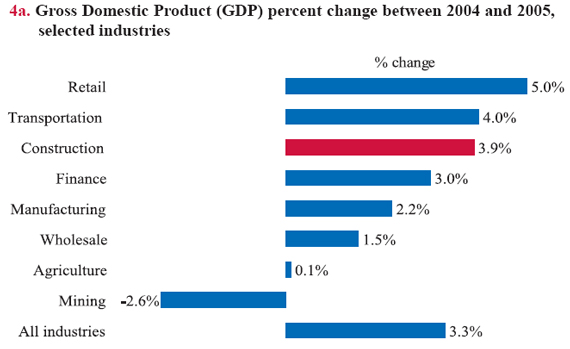 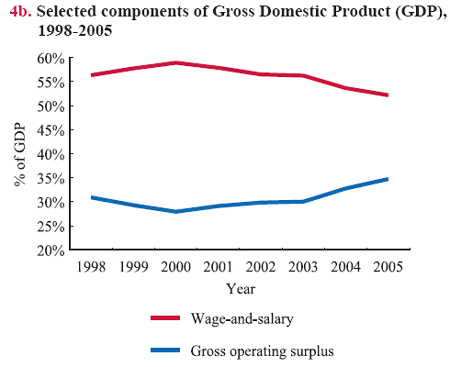 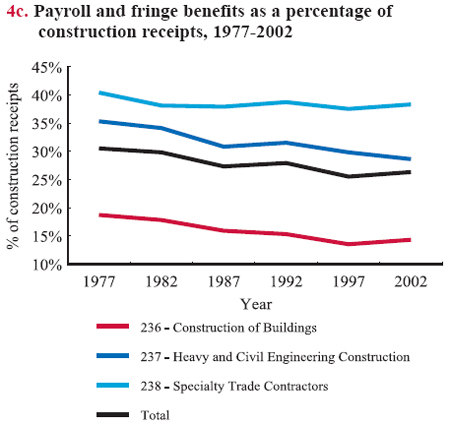 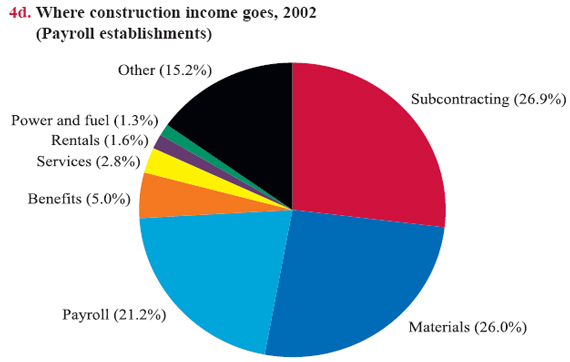 Note: All charts - Data cover the private sector only.