Case studies of workers who have fallen through skylights and roof openings, and recommendations on ways to avoid injuries and deaths from these falls.


The National Institute for Occupational Safety and Health (NIOSH) requests assistance in preventing deaths from work near skylights, skylight openings, and other types of roof openings. Recent investigations by NIOSH suggest that many fatal falls involve such openings. This Alert describes eight deaths resulting from falls that occurred during work around these openings.

Existing standards of the Occupational Safety and Health Administration (OSHA) regulate the guarding of skylights and other roof openings. Every employer, supervisor, and worker in companies where the work may involve exposure to these hazards should comply with these standards. NIOSH requests editors of appropriate trade journals, safety and health officials, and employers in the construction trades to bring the recommendations in this Alert to the attention of contractors and workers.

Occupational fatalities caused by falls remain a serious public health problem throughout the United States. The U.S. Department of Labor lists falls as one of the leading causes of traumatic occupational death, accounting for 8% of all occupational fatalities from trauma (approximately 289 of 3,610 deaths) in 1986 [BLS 1988]. The NIOSH National Traumatic Occupational Fatality (NTOF) data base indicates that during the period 1980-85, falls accounted for nearly 10% (3,491 of 36,210) of all traumatic occupational deaths for which a cause was identified [NIOSH 1989a]. Of this total, 28 deaths resulted from falls through skylights, and 39 deaths resulted from falls through roofs or roof openings. A NIOSH survey in seven States revealed that approximately 22% (14 of 64) of the fatal falls reported to State occupational safety and health officials occurred when workers fell through skylight openings or smoke-vent skylights (translucent plastic domes that serve as both skylights and automatic smoke vents in case of fire). The recent increase in the use of smoke-vent skylights in new construction has increased the exposure of workers to these hazards. Deaths can be prevented by compliance with existing OSHA standards for guarding roof openings and by improvement in the worker's awareness of the hazards involved in working near skylights, skylight openings, and other roof openings.

The OSHA Construction Standard addresses the hazards posed by skylight openings during construction:

Wherever there is a danger of falling through a skylight opening, it shall be guarded by a fixed standard railing on all exposed sides or a cover capable of sustaining the weight of a 200 pound person [29 CFR 1926.500(b)(4)].

The following case reports demonstrate that employers and workers violated the applicable OSHA regulations in all eight fatal incidents. Compliance with these regulations might have prevented all eight deaths.

From October 1987 through April 1989, NIOSH, as a part of the Fatal Accident Circumstances and Epidemiology (FACE) Program, has investigated five fatal falls involving skylights or roof openings. These incidents are reported here along with information from three similar cases (Case Nos. 6, 7, and 8) previously investigated by the State of Maryland.

On October 30, 1987, a 24-year-old male plumber died when he fell through an unguarded skylight opening to a concrete floor approximately 22 feet below. The victim and a coworker were installing plumbing fixtures on the roof of a new building. The roof contained numerous 4- by 4-foot openings framed with 2- by 6-inch wood. These openings were intended for smoke-vent skylights when the structure was complete. Although the victim and others had been working on this project for several days before the incident, no fall protection or guards of any type were in place. At the time of the incident, the victim and a coworker were discussing the relocation of a fixture on the roof. The victim was walking away from his coworker and looking back over his shoulder to talk to him when he stepped through a skylight opening [NIOSH 1988a].

On January 6, 1988, an 18-year-old male sheet metal helper died after he fell through a skylight opening to a concrete floor 33 feet below. The victim was working as a member of a crew engaged in replacing corrugated metal roof sheeting and installing chain-link fencing material on top of 3- by 8-foot fiber glass panels used as skylights. The fencing material was being installed to eliminate the hazard of falls posed by the fiber glass skylights. (Three months earlier a worker on the same site had fallen to his death through one of these skylights.) When the supervisor ordered the crew to stop work temporarily, the members of the crew moved toward a vent stack to warm themselves. As they moved, the victim stepped on one of the unguarded skylights and fell through it. He died at the hospital 2 hours later [NIOSH 1988b].

On December 14, 1988, a 41-year-old male ironworker died after he fell 25 feet through a roof opening. The victim was working as a member of an eight-man crew installing steel decking on the roof of a new six-story building. The victim left the work area to get a small piece of decking material to finish the job. When the victim did not return in 5 minutes, the crew searched for him and found him lying unconscious on the fifth floor of the stairwell. The victim had removed a 3- by 6-foot piece of decking that covered a 2-foot square ventilation opening in the top of the stairwell; apparently, he then stepped forward and fell through the opening. The victim died 12 hours later as a result of his injuries [NIOSH 1989b].

On December 20, 1988, a 26-year-old male sheet metal mechanic died when he was knocked through a roof opening and fell to a concrete floor 22 feet below. The victim and one coworker were preparing to install a 75-pound, 54-inch-square steel cap over a 50-inch-square opening on the roof of a manufacturing plant. The men placed the cap so that it leaned against a metal structure on the roof 34 inches from the edge of the roof opening. The victim then moved between the cap and the roof opening and stooped over to apply caulking to the 6-inch raised curb of the opening. A gust of wind dislodged the cap, which struck the victim and knocked him headfirst through the roof opening [NIOSH 1989c].

On April 18, 1989, a 39-year-old male electrician's helper died when he fell through a domed, smoke-vent skylight (see Figure 1) to a concrete floor 16 feet below. Using a 1-inch-diameter rope, the victim and one coworker had lowered an old electric sign to the ground from the side of an unoccupied single-story building. The victim stayed on the roof to coil the rope while the coworker went to load the sign onto a truck. Approximately 7 minutes after leaving the victim on the roof, the coworker entered the building and observed the victim lying on the concrete floor beneath a shattered skylight. Apparently the victim either sat on or fell into the skylight, which collapsed under his weight [NIOSH 1989d]. The victim suffered massive head injuries and was pronounced dead at the scene. 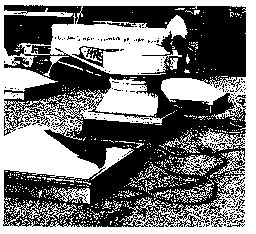 Figure 1. Scene of a skylight accident where a worker fell to his death (Case No. 5).

On May 12, 1986, a 21-year-old male laborer died when he fell through a domed, smoke-vent skylight to a concrete floor 27 feet below. The victim had been throwing old roofing materials off a roof with six unguarded skylights. During a work break, the victim sat down on one of the skylights, which began to break under his weight. As he attempted to raise himself from the skylight with his arms, the plastic dome failed completely and he fell. Officials from the State of Maryland Occupational Safety and Health Administration reported that the victim had been warned by his supervisor and coworkers not to sit on skylights [MOSH 1986].

On July 30, 1986, a 37-year-old male roofer died after he stepped through a partially covered skylight opening and fell 27 feet below. Along with seven other workers, the victim was installing rolled rubber roofing material on a large building. The roof contained 35 unguarded 4- by 4-foot openings where domed smoke-vent skylights were to be installed. While handling a roll of roofing material, the victim stepped back and fell through an opening that had been partially covered by another roll of roofing material. He died the following day [MOSH 1987a].

On March 6, 1987, a 26-year-old male roofer died when he fell through a domed smoke-vent skylight to a concrete floor 25 feet below. The victim and two coworkers were installing a spray-on roof covering. The two coworkers were applying sealant, and the victim was applying granular material. As the victim stepped back, he stumbled over the curb of a skylight, lost his balance, and fell backward onto the skylight. The plastic dome fractured under his weight, and he fell to his death [MOSH 1987b].

Although current OSHA standards require employees to guard both skylights and roof openings, these standards were being violated in each case reviewed in this Alert. Employers and workers may believe that the translucent plastic domes on smoke-vent skylights provide an adequate barrier against falls, but many domes do not [ENR 1989]. Based on the incidents reported here, NIOSH concludes that the increased use of skylights in new construction presents a serious hazard to workers in the construction trades.

NIOSH recommends that the following precautions be taken to prevent fatal falls through skylights, skylight openings, and other roof openings:

--Railings or screens guarding all skylights and other openings in roofs must be installed before roofing work begins and must remain in place until construction is completed, in accordance with 29 CFR 1910.23 and 1926.500.

--As required by current OSHA standards [29 CFR 1926.28(a)] and consistent with accepted safe work practices, employers must provide protection against falls before workers begin any operations that include the potential for serious falls.

--Where conventional protective devices such as guardrails or safety belts/harnesses with lanyards may not be practical, employers must provide alternative forms of protection against falls such as fixed covers, catch platforms, or safety nets as described in 29 CFR 1926.105. All of the construction-related fatalities described here could have been prevented had appropriate safety netting been securely in place directly below the roof openings. Nets are especially useful because they provide passive protection for workers--that is, the protection does not depend on workers to recognize the hazard and take appropriate protective action. In construction operations, netting can be installed when the roof openings are made and left in place until all construction activities are complete or until more permanent guards are installed.

We greatly appreciate your assistance, which is crucial to protecting the lives of American workers.