An article written by a female construction worker describing the challenges faced due to discrimination.
Oct 20001 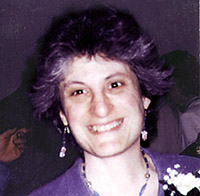 Gloria, a black female plumbing apprentice in Cleveland, didn't complain to anyone in command after her supervising journeyman pushed her down concrete stairs. "They didn't care," she explained to me later. That sentiment helps explain the lack of women in the trades. Today, more than two decades after federal affirmative action opened the industry to the fastest-growing segment of the labor force, women hold just 2% of roughly four million construction jobs in the U.S.

Amazingly, contractors let this situation fester despite the industry's worsening difficulties in attracting and retaining craftworkers. Too many contractors still reach past more capable women to hire men, allow (or encourage) veteran tradeswomen to leave the industry and ignore situations of discrimination, harassment and hostility. closed doors.

I began my electrical apprenticeship in 1978 when President Carter signed executive orders establishing guidelines for women to enter craft apprenticeships. Mistakenly, I expected gates to swing wide open as women demonstrated their interest and abilities in construction. As I looked for a fuller picture, I decided to interview women from across the US who had become carpenters, painters, ironworkers, plumbers and electricians during that hopeful time. 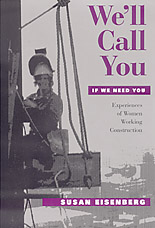 Out of that I wrote a recently published book, We'll Call You If We Need You: Experiences of Women Working Construction. It starts with a chapter entitled "Footings," a window on women's lives before they entered the trades, and ends with "Punch List," some reflections on what remains undone to create a fair and woman-friendly workplace.

Each chapter focuses on a different topic such as access, training, violence, bathrooms, steady employment and advancement.

In the chapter on "Exceptional Men," tradeswomen honor fathers, partners, union officials and employers who encouraged their success. From my interviews, it became clear that women enter the trades for many of the same reasons as men.

They not only like the money. Women as well as men enjoy doing work that's useful, physically active, mentally challenging and results-oriented' jobs that let you improve your surroundings. When I asked veteran tradeswomen whether they believed that the 2% labor-participation figure was an accurate reflection of women's interest or ability in the crafts, they laughed. But when I asked whether they'd encourage other women to learn their trade, there was ambivalence'unless the industry changed.

Too often, what is perceived as a woman's failure to handle a job is in fact management failure. Anyone can appear incompetent if given inadequate training, incomplete construction drawings, inaccurate instructions, or if thrown off-balance by hostile behavior (in an already dangerous industry). I heard troubling stories:

An apprentice ironworker finds her strength ‘tested' by a foreman who creates a work assignment for the purpose of breaking her. A plumber finds that, after she reaches a full journey-level pay rate, she works only a few months a year. An apprentice carpenter works alone because no one wants to be her partner; another gets stuck for years doing concrete formwork, not learning the full range of her trade. Another apprentice carpenter, not taught about power tool safety, loses her hand to a radial-arm saw. An apprentice painter is shown pornographic photos by her foreman, who follows up with lurid remarks.

As heartbreaking to me as the violence was the waste of women's skills and leadership. Even those women not overlooked for positions of responsibility found that their rate of advancement was slower and more tenuous than that of their male counterparts.

Contractors ought to take a look at jobsite conditions, the organization of work and the treatment of employees. Contractors ought to ask, ‘Is there another way to do this'‘ Why, for instance, move starting times of more and more construction jobs from 7 a.m. to 6 a.m., when childcare is more difficult to find' capable.

Start by assuming that women are capable; eliminate obstacles. Maybe there was a time decades ago when construction work could be done only by young bucks with bulging biceps. But in today's industry, with lighter materials and with equipment to do much of the heavy lifting, someone with a good brain, healthy body and positive work attitudes is a lot more useful. Treat women'with their size, musculature, family responsibilities and desire for a place to wash their hands at work'as normal.

In a woman-friendly construction environment, a woman would have the same right as a man to make mistakes, relax, get angry, enjoy steady employment and advance. The absence of women would strike employers as a sign that something's wrong.

Virtually every major U.S. city has had a showcase project'such as Cleveland's Gateway Stadium and Boston's federal courthouse that successfully employed a high percentage of women. But rarely have such regional efforts been sustained, and never on a national scale. A forward-thinking contractor could buck the trend and make history.

Susan Eisenberg is the author of We'll Call You If We Need You: Experiences of Women Working Construction and of Pioneering: Poems from the Construction Site. A union electrician who lectures nationally, she teaches in the College of Public and Community Service at the University of Massachusetts, Boston. She may be e-mailed at ssneisnbrg@aol.com.