The lower blade guard can fail to close, leaving the blade exposed and presenting a laceration hazard to consumers.
November 27, 2007

Hazard: The lower blade guard can fail to close, leaving the blade exposed and presenting a laceration hazard to consumers.

Sold at: Major home centers and hardware stores nationwide from January 2003 through August 2006 for about $170 for the framing saw. The circular saw was sold from May 2006 through September 2006 for between $380 and $800, depending on the kit.

Remedy: Consumers should stop using the saws immediately and contact DeWalt for a free repair.

Consumer Contact: For additional information, consumers can contact DeWalt toll-free at (866) 854-5214 between 8 a.m. and 5 p.m. ET Monday through Friday, or visit the firm’s Web site at www.DEWALT.com 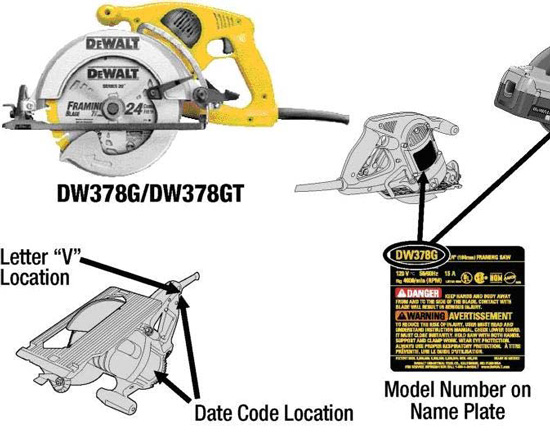 Send the link for this page to a friend! The U.S. Consumer Product Safety Commission is charged with protecting the public from unreasonable risks of serious injury or death from more than 15,000 types of consumer products under the agency's jurisdiction. Deaths, injuries and property damage from consumer product incidents cost the nation more than $800 billion annually. The CPSC is committed to protecting consumers and families from products that pose a fire, electrical, chemical, or mechanical hazard. The CPSC's work to ensure the safety of consumer products - such as toys, cribs, power tools, cigarette lighters, and household chemicals - contributed significantly to the decline in the rate of deaths and injuries associated with consumer products over the past 30 years.