Presentation that reflect information in the training program -- Preventing Falls from Ladders in Construction: A Guide to Training Site Supervisors
2010

Preventing Falls from Ladders in Construction: A Guide to Training Site Supervisors 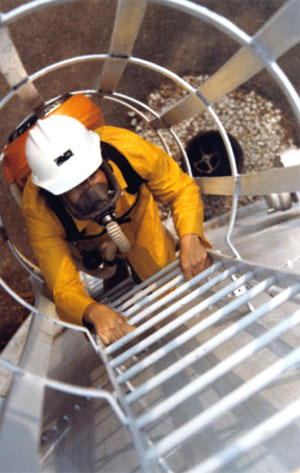 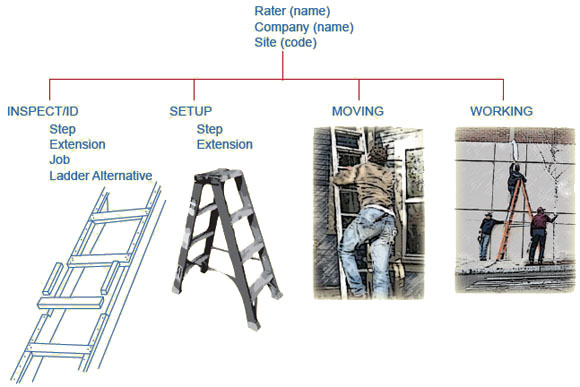 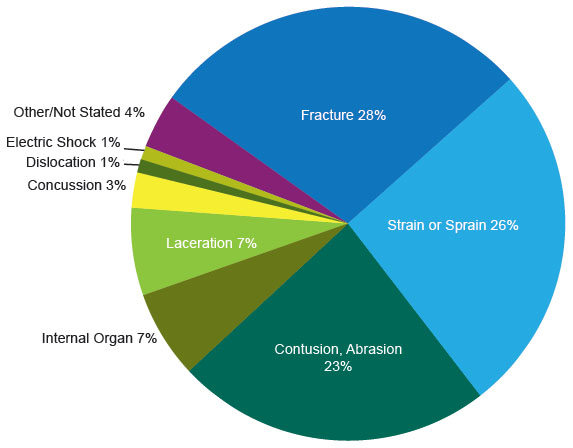 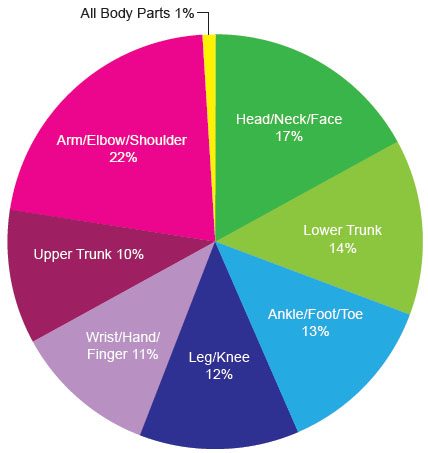 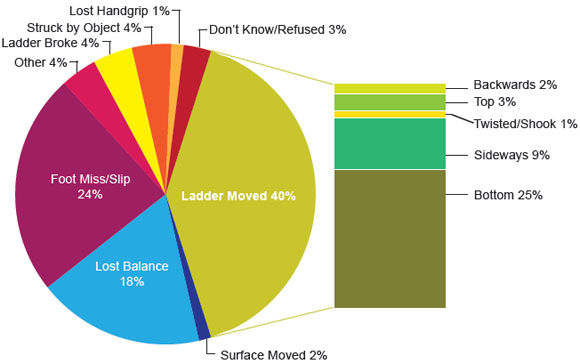 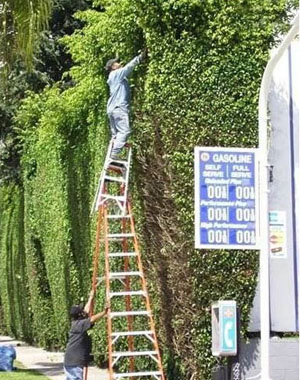 An extreme example of improper ladder use. 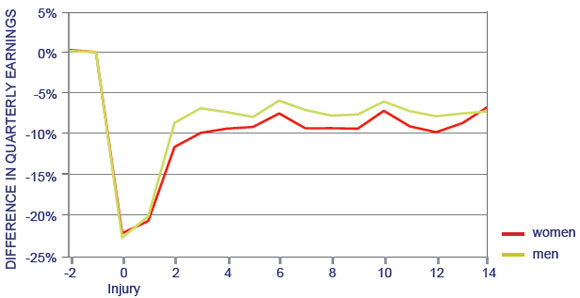 The total costs of fatal and nonfatal injuries in the construction industry were estimated at $11.5 billion in 2002, 15% of the costs for all private industry. The average cost per case of fatal or nonfatal injury is $27,000 in construction, almost double the per-case cost of $15,000 for all industry in 2002. 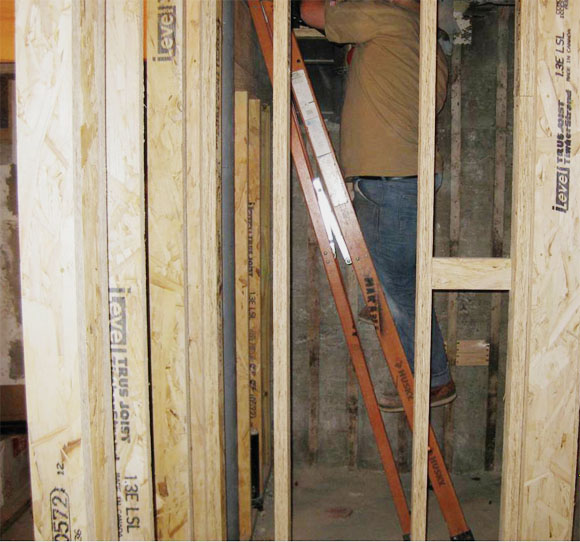 Ladder is placed incorrectly. Ladder should be extended out with its spreaders locked. If the work area is too small, an alternative should be used. 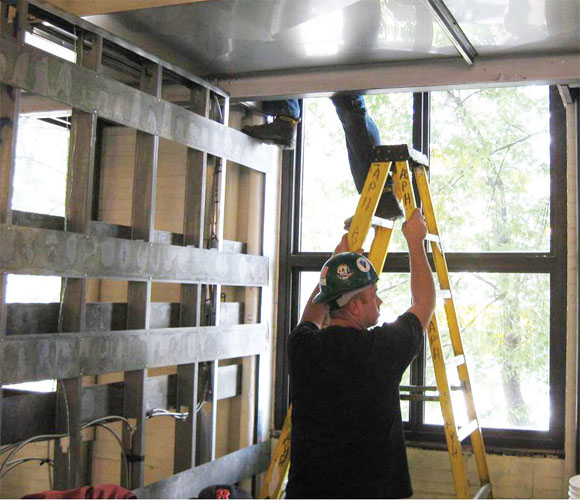 Unsafe posture. Worker should be facing the ladder and on a lower rung. A taller ladder facing the opposite direction may be necessary. 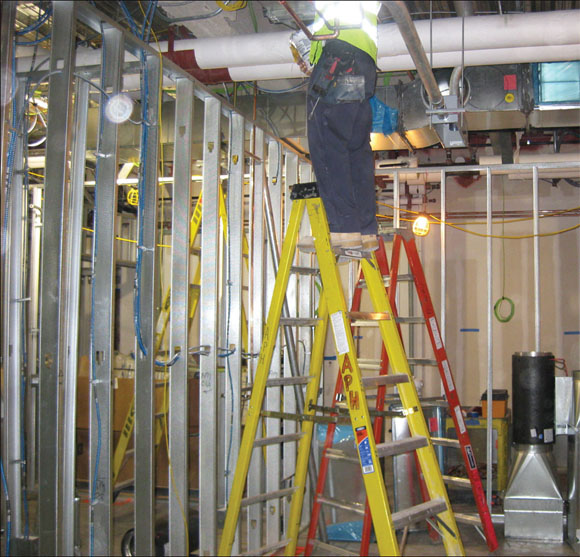 Unsafe posture. Worker should be on a lower rung; a taller ladder is needed. 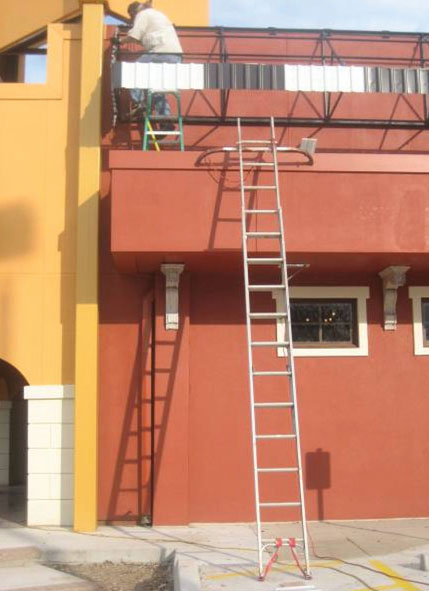 Extension ladder should extend past the roof by at least three feet. Worker is in an unsafe posture. He should be standing on a rung and should be wearing fall protection. 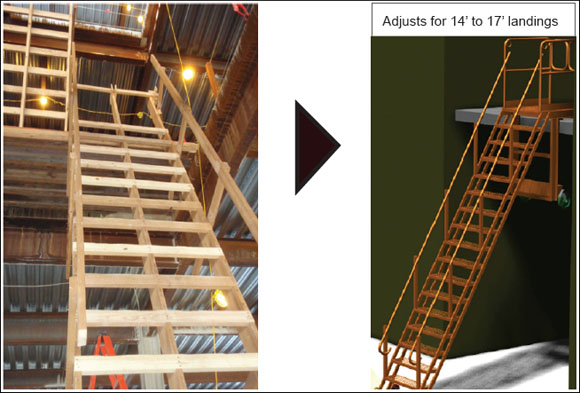 The portable stairs on the right are able to be reused on several projects while allowing the workers a safer angle for ascent and descent compared to the gang-ladder on the left. 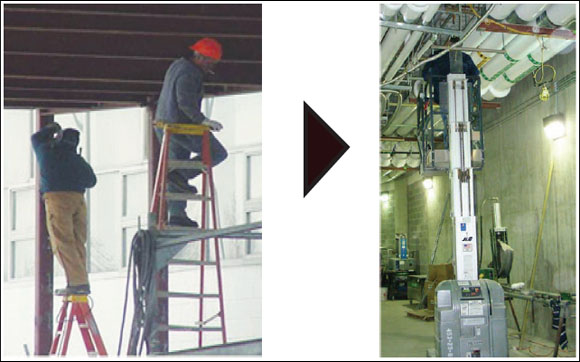 The lift on the right allows a worker to reach heights while providing a safe working platform and small footprint in the hallway compared to the very tall stepladders on the left that are still not tall enough for the workers to safely reach their job tasks.