This toolbox talk guide was developed as part of the NIOSH sponsored Oregon Fatality Assessment and Control Evaluation Program (FACE). It is based on the fatality investigation of an apprentice electrician who was electrocuted when connecting wires in a junction box in a bathroom ceiling.
August 2016 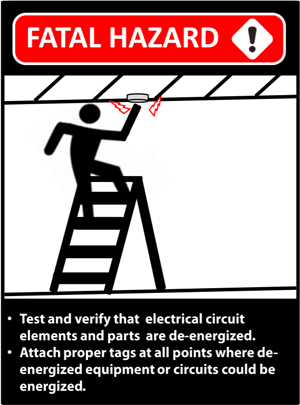 INSTRUCTIONS: Hold the guide with this side facing you and the above picture facing your crew. Then read the story. 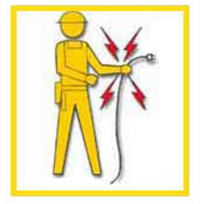 So here are some ways we can prevent something like this from happening where we work.

ASK: "Does anyone have more ideas or comments to share?" Pause for discussion. Then see if there are ways to take action.

END WITH ACTION PLAN (ideas for what to ask or say).