Makita chain saws sold from October 2004 through August 2005 are being recalled because the flywheel may come apart during use
Sep 12, 2005

Hazard: The flywheels on some of the chain saws can come apart during use, which could cause serious personal injury.

Incidents/Injuries: Makita has received three reports of the flywheel coming apart. There have been no reports of injury.

Description: The recall involves Makita DCS6401 and DCS7901-model chain saws in which the last five digits of the serial numbers are within the following ranges:


The chain saw’s housing is teal with the name “Makita” written on it. The chain saw’s serial number can be found on the right hand side of the silver nameplate which is located on the back of the fuel tank. No other Makita chain saws are involved in the recall. Any DCS6401 or DCS7901 chain saws with the letter “N” preceding the serial number on the nameplate and a blue dot on the shipping carton have been repaired and are not involved in the recall.

Sold at: Outdoor power equipment distributors and industrial contractor supply houses nationwide sold these chain saws from October 2004 through August 2005 for between $520 and $730.

Remedy: Consumers should stop using these recalled chain saws immediately and contact Makita to arrange for a free repair. Known purchasers were sent direct mail notification of this recall. 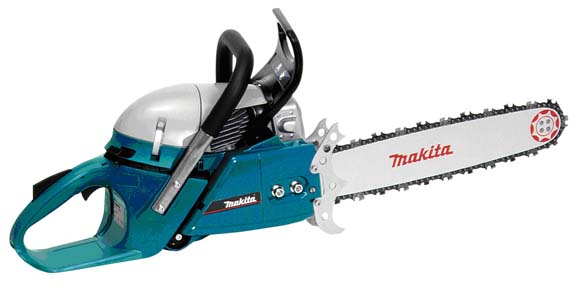