This alert is part of the Massachusetts Fatality Assessment and Control Evaluation (FACE) program. Since 2009, four workers in the state have been killed on the job while repairing skid-steer or similar loaders. In two of these incidents, the victims were performing maintenance tasks beneath the loader’s raised arm without using the lift arm support, and were crushed between the lift arm and cab. This alert provides guidance on how to safely maintain skid steers.
June 2015

What happened in Massachusetts?

Since 2009, four workers in Massachusetts have been killed on the job while repairing skid-steer or similar loaders (e.g. multi terrain).

In two of these incidents investigated by MA FACE, 2009 and 2012, the victims were performing maintenance tasks beneath the loader’s raised lift arm without using the lift arm support, and were crushed between the lift arm and cab.

What can be done?

In each incident, adequate safety procedures could have ensured the loader’s lift arm was secured against motion during maintenance, preventing the fatality.

Many employers think of stationary machinery when they think of lockout/tagout, but OSHA regulation 29 CFR 1910.147 also applies to mobile machinery, like skid-steer loaders:

The control of hazardous energy (lockout/tagout) requires that employers establish procedures for isolating machines and equipment during servicing and maintenance from the input of energy by affixing appropriate locks or tags to energy isolating devices and then blocking and securing any movable part and training employees on these procedures.

In the 2009 and 2012 incidents, the employers did not have procedures for lockout/tagout. These procedures could have prevented the worker deaths.

For free assistance in reviewing or developing lockout/tagout procedures for your workplace, see the Resources section for information on the Massachusetts On-site Consultation Program.

After the 2009 incident, it was discovered that the operator’s seat interlock on the loader was not working.

In each of the cases noted, the lift arm support was not used to keep the lift arm from dropping. The workers died after the lift arm dropped and crushed them.

In the 2012 incident, the way the victim was found indicates that he was working underneath the raised arm without using the lift arm support.

In the 2009 incident, the victim likely stood on a step ladder and reached up into the cab to start the loader’s engine, and unintentionally engaged the control that raises and lowers the loader’s lift arm. In the 2012 incident, when the victim was found, the operator seat was empty with the restraint bar in the down position. The seat restraint bar should only be down while the operator is seated in the cab because, in the down position, it allows the lift arm to move.

Full reports of incidents are available for free online including those referenced in this fact sheet. www.mass.gov/dph/FACE 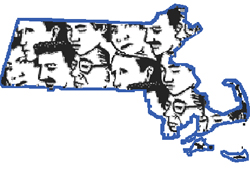 FACE Facts| MA FACE
MA FACE (Massachusetts Fatality Assessment and Control Evaluation) seeks to prevent work fatalities by identifying and investigating these incidents and developing prevention strategies for those who can intervene in the workplace. MA FACE is supported by cooperative agreement #2U60OH008490-06 from CDC-NIOSH. This document may be copied freely and found online at www.mass.gov/dph/FACE.