Orange cones, barricades and flashy arrows. These are things you’d likely see on a part of the road whenever certain operations are being done near vehicle traffic. In most cases, too, you’d see one or two people in flashy vests monitoring the traffic flow. These people are called flaggers. Flaggers make sure that vehicles and pedestrians can move safely and quickly through or around temporary traffic control zones. They also have another responsibility. That is, to keep workers and on-site equipment safe during operations. The Occupational Safety and Health Administration (OSHA) requires that flaggers and traffic control devices be provided when signs, signals and barricades are not enough to protect workers, equipment, pedestrians and vehicles. 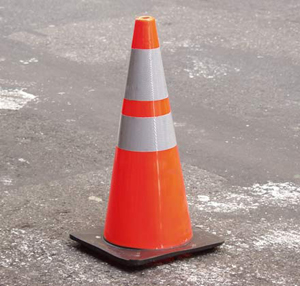 While having flaggers is proven to be effective in preventing accidents, they are actually the ones exposed most to hazards on the road. Because of this, certain precautions must be followed by flaggers. 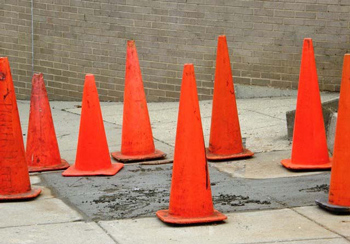 For nighttime work, these similar outer garments must be retroreflective and colored orange, white, yellow, yellow-green, silver, or, again, a fluorescent version of these colors. Clothing at nighttime must also be visible at a minimum distance of 1,000 ft.

The location of the flagger station must be far enough ahead of the work zone. This way, approaching vehicles have sufficient time to stop before entering the work zone. When setting this distance, variables like pavement type & conditions, approach speed, friction factors, and tire capabilities should be considered. It’s best that the flagger has an escape route that they can use in case a vehicle breaks traffic rules.

The flagger station must never be in the path of oncoming traffic. Flaggers may only move into the lane after the traffic has stopped and only when they need to be visible to other traffic or when they have to communicate with a driver.

Flaggers are required to use devices that help them make hand signals to vehicles. These devices are STOP/SLOW paddles, red flags, and lights. Among these devices, the STOP/SLOW paddles should be the primary and preferred hand-signaling device. Flags should only be used during emergency situations.